The First Islam in Cambodia 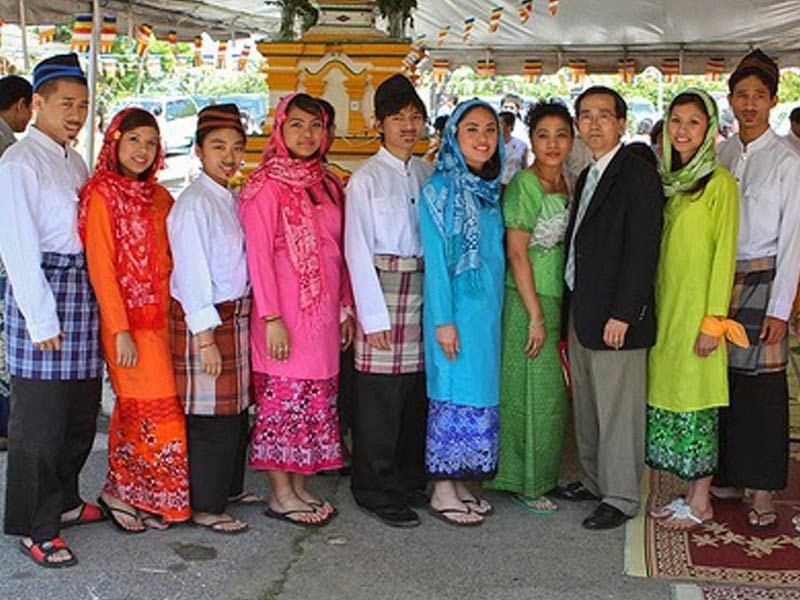 Cambodia occupies part of the Indochinese Peninsula in the south-east of the Asian continent. It is bounded on the northeast by Laos, on the east and southeast by Vietnam, and on the southwest with the Gulf of Thailand. It is bordered to the west and northwest with Thailand.

The presence of Islam in Cambodia dates back to 1237 AH/1823 AD when the Muslim Cham people fled to Cambodia. There were no Muslims in Cambodia prior to that. The population of Muslims is 15% of the total population of Cambodia, although the government does not recognize this fact at all and releases contradictory statistics on their number. Muslim Cambodians are prevented from leaving Cambodia, whether to perform Hajj or to study in Islamic countries in order to conceal the fact that there are Muslims in Cambodia.

Cham Muslims lived in their own villages in Cambodia; as they were different from the Cambodian society in which they lived in terms of religion, language, and customs. These villages were called Cham villages. Each village had a mosque, and there were villages that did not have mosques, which was the case with most of the Cham villages. Cham Muslims do not marry Cambodians except on a small scale and only if the Cambodian man or woman, who wants to marry a Muslim, embraced Islam, and this is rare. Therefore, the number of Muslims in Cambodia is very small. Each Cham village has its general governor, who is assisted by one or two men.

The general governor of the Cham village supervises and addresses the affairs of the Muslims with respect to worship and personal affairs. He is responsible for appointing the Imaam (who leads the prayer), the Khateeb (who delivers the Friday sermon) and the Mu'aththin (who announces the call to prayer). These Cham villages are under the control of the Highest Council for Islamic Religious Affairs in Cambodia (HCIRAC), which consists of an Imaam and his deputies and advisers. The Council is under the supervision of the Buddhist Ministry of Religion and Cult in the Cambodian government.

1. The Central Islamic Association of Cambodia, which supervises the cultural and social conditions of Muslims.

2. Cambodia Islamic Youth Association (CIYA), which addresses the educational, social and religious problems of students, and secures accommodation for poor students who come to study in the capital or other cities. This association played a role during the war since many Muslims fled from the areas which were swept by war and sought refuge in the capital.

Despite the presence of these associations, ignorance prevails among Muslims and they refuse to send their children to public schools, fearing for their faith. They are content with their modest religious education in small Quran schools in which they learn the basic principles of math, reading, and the recitation of the Quran. Most of these Quran schools are inside the mosques. Most Muslims work in fishing and rice cultivation. They use old tools in their work, whether in fishing, agriculture, or industry. Few of them work in trade.

Cambodian Muslims played an insignificant role in political life. During the royal era, there was a Muslim assistant for the Buddhist minister of the Ministry of Religion and Cult, and there was another Muslim adviser who handled the affairs of Muslims in the Royal Court. This was the Muslims' share in political positions. After 1390 AH/ 1970 AD, under the republican system, the political positions that were held by Muslims increased slightly. There was one Muslim member in the Senate, four Muslim members in the House of Representatives, another Muslim was appointed as the Deputy Minister of State Affairs, and five Muslims were appointed in the Ministry of Foreign Affairs.

The Muslims defended Cambodia against the communist invasion and experienced great calamities in the process. Some of them were buried alive, some were annihilated, and others were subjected to mass murder. Their mosques were seized, and the Imaams, scholars, professors, and rulers of Muslim villages were arrested, after the communists took control of Cambodia in 1395 AH/ 1975 AD. They raped Muslim women and committed horrible crimes against Cambodian Muslims, which are beyond words. Muslims launched Jihaad in order to put an end to this injustice and bring the Muslims who fled from the Communist oppression back to their homeland.

Cambodia is bordered in the West by Thailand, Vietnam in the East and South, and Lao PDR in the North. It has an area of 181,035 km2. Its population is 11.4 millions. The majority of population are Khmer Buddhists (90%). Muslim makes up about 4% and a small number of Roman Catholics. Besides there are other minorities living in North East of the country. These minorities are called Khmer-Leu.

The Muslims are the descendants of the Cam and Malay who migrated to Cambodia centuries ago. The Cam people are from the Empire of Campa which has become the present central Vietnam. The big migrations of the Cam people were in the 15th century where Vijaya were destroyed by the advancing to the South of the dynamic Vietnamese people. The following migrations were in the 17th and 18th centuries. Nowadays we cannot differentiate the Malay from the Cam people as they are of the same stock that is the Austronesian family and they practisethe same religion, Islam. And because of their religion, they are called Khmer-Islam.

Tweet
MAD MONKEY: HOSTELS WITH A PURPOSE
A Glimpse into the lost kingdom of Champa: Po Naga...