A Glimpse into the lost kingdom of Champa: Po Nagar / Cham Temples of Nha Trang, Vietnam

History records the existence of Champa, a once-glorious kingdom that appeared during the late second century CE and went on to attain a high level of civilization. At the height of its cultural flowering, its territory stretched over the coastal plains and highlands of present-day central Vietnam. This poly-ethnic state composed of the Cham and the various proto-Indochinese peoples living in the Central Highlands, such as the Jarai, Ede, Cru, Raglai, Bahnar, Sedang, Ma, Kaho, and Stieng.

Champa civilization is a federation of five principalities including Indrapura, Amaravati, Vijaya, Kauthara, and Panduranga that existed from 192 to 1832 CE. The territories of Champa stretched from the south of Quang Ngai pass (present-day Quang Binh Province) to the Dong Nai River, encompassing the coastal plains and the interior highlands of Central Vietnam.

Occupying a strategic location on the maritime transport route that connects Indochina to the South China Sea/East Sea (Champa Sea), Champa became a prosperous and powerful kingdom since the second century. People of the kingdom had great relationships with neighbors and struggled to maintain their independence and self-determination. Moreover, they also strived to build their own civilization, which included monumental architecture and unique art styles, distinct culture and written language. Historical ruins and dilapidated shrines lying in central Vietnam today, particularly the My Son sanctuary recognized by UNESCO as the World Heritage Site, are enduring testaments to Champa's advanced degree of civilization.

The kingdom of Champa that rose in Vijaya principality was more powerful, populous, and influential than any other Champa state. The Cham successfully resisted Vietnamese and Angkorean military incursions and staved off a Mongol invasion in 1282.
After eight centuries of peace and prosperity, Champa became a victim of the Vietnam "southward annexation" began in the 10th century, which facilitated the invasion of Champa and her lands. In 1069, the Dai Viet invaded the Quang Binh-Quang Tri region, and later invaded Thua Thien-Hue (1306), Quang Nam-Binh Dinh (1471), Phu Yen (1611), and Nha Trang-Cam Ranh (1653). These were brutal and bloody wars that pushed the people of Champa into a path of dissolution. Today, no distinct Cham communities are left living throughout central Vietnam from Quang Binh Province to the Gulf of Cam Ranh.

After the fall of Nha Trang in 1653, Champa still remained independent and sovereign, although the territory receded to Panduranga state, which included the Phan Rang and Phan Ri areas. Less than a century later, in 1692, the Nguyen dynasty invaded the remaining Champa territories, replaced the title in this area with the Vietnamese name as Trấn Thuận Thành, establishing their administration in the territory of Champa. This place concentrated villages of the Kinh people living in this kingdom. Resisting the invasion policies of the Dai Viet, the people of Champa rose up in 1694 to expel the Nguyen army. Under the pressure of the masses, the Nguyen accepted a return to independent status for Champa, but under the protection of the court of Hue. Thereafter, Champa became an independent country but no longer had sovereignty.

In 1802, Nguyen Anh successfully destroyed the army of Tay Son, ascended the throne beginning his rule under the title of King Gia Long. King Gia Long allowed Champa enjoying its independence by granting authority to Po Saong Nyung Ceng, a Cham general who had fought along side with Nguyen Anh against the Tay Son. 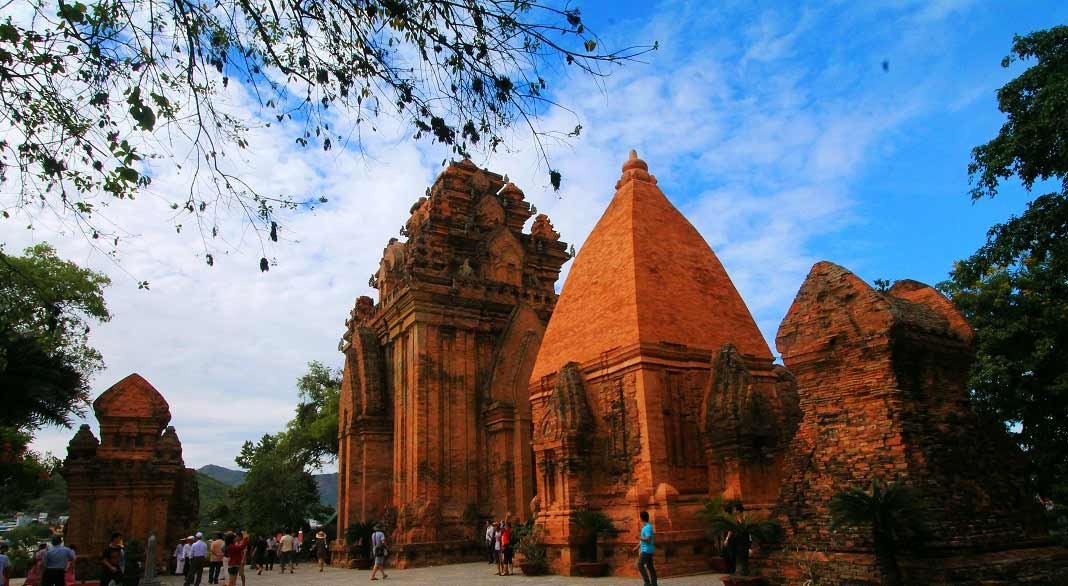 In 1820, Gia Long passed away, leaving the throne to King Minh Mang, a cruelt and authoritarian emperor. He sought to destroy his enemies, particularly Le Van Duyet, a General who also fought along side of King Gia Long now rule a vast land in the South called Gia Dinh, General Le Van Duyet also held full protection of the Cham principality. During this period, Champa was completely in the hand of Le Van Duyet and no longer a tribute to King Minh Mang. As a result, a war between King Minh Mang and the Champa principality began to flare

In 1832, Le Van Duyet died of old age in Gia Dinh. Taking advantage of this opportunity, Minh Mang collectively punished the people of Champa for their allegiance to Le Van Duyet. He ordered the soldiers to kill the Cham people mercilessly with scorch-earth policy aiming to exterminate the Cham people, burning the Cham temples and villages on their march. Thereafter, the Cham people were forced to adopt name, and wear dress as the Kinh people. They were banned from living near the coastal sea in order to prevent any foreign contact.

In 1841, King Thieu Tri ascended the throne. He decided to ease his father's brutal policy by giving Cham people an indigenous status. According to this policy, all Cham ethnic groups belonged to districts in An Phuoc and Phan Ly Cham, would be ruled by a Cham governors, who were considered the surrogates of the people. The Cham were granted their own lands in Cham villages and westward bordering Da Lat and Lam Dong. This structure were set up as an autonomous region so that the Kinh people would not have the right to settle or exploit the said area. The Cham also had rice-paddy fields used for community restoration and worship of temples and shrines, as well as for Ahier-Awal religious dignitaries or youths serving the villages. These special status were in effect from 1841 until 1955.

The political upheaval of 1975 forced the Cham people into a new turning point. At this junction, the Hanoi government abolished the indigenous status, confiscate all lands, and smother the traditional way of life in the Cham villages, families and society. This policy made the Cham to become vulnerable, poor, and impoverished community.

After 17 centuries of existence as a powerful, independent, and sovereign state, the land of Champa gradually annexed by Dai Viet, and finally disappeared in 1832 under the rule of King Ming Mang. Today, the Champa kingdom has been abolished from the map, but the Champa population of 170,000 is still there as a people without a nation, but unwilling to accept the death of their community or their culture. For that reason, the overseas Cham people in the United States are obliged to organize a Conference in remembrance of 185 years after the lost kingdom of Champa.

The purpose is not to revive its independence, but to spread awareness of this historical event to the next generations, so that they may understand the historical significance of the year 1832, which brought the Cham people into a stateless community. This conference aims to address the the Rights of Indigenous Peoples, the socio-cultural issues that arise within Champa communities to debate critical issues and to formulate concrete solutions in order to preserve the culture and identity 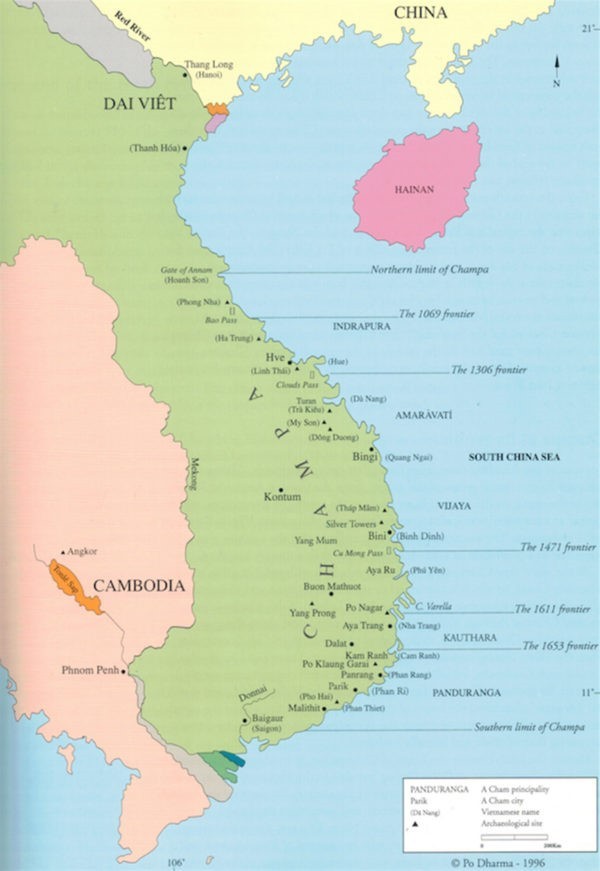